This is a contributed post and may contain affiliate links. This means if you click on the link and purchase the item, I will receive an affiliate commission. Regardless, I only recommend products or services I use personally and believe will add value to my readers. Thank you for your support.

Have you ever wondered about how mysterious the turn of events in life can be?

Like an unlikely career in the future? A partner you never knew you were going to meet? The life you’re living today that you couldn’t have imagined ten years ago?

Such are the stories of smart, strong, successful women coached by none other than the first online dating coach, Evan Marc Katz.

As one of the premier relationships coaches out there, dating Coach Evan Marc Katz’s greatest personal and professional satisfaction comes from helping women understand men so they can live a life filled with love.

And for Evan, life and love move in mysterious ways. From being a fellow of the Warner Brothers Writers Workshop and Project Greenlight on the way to being a screenwriter, he’s now a professional dating coach who’s appeared in outlets like New York Times, Time Magazine, CNN, and USA Today.

Many women have benefited from Evan’s own wisdom and male perspective on romantic relationships.

It’s not just because he established e-Cyrano, the world’s first online dating profile writing company, but also because he offers free content on his coaching website. Got a relationship problem? You’ll surely find a blog post about it on his site.

And aside from free content, you’ll also discover many success stories from women only a few months after being in his programs.

So without further ado, check out dating coach Evan Marc Katz’s greatest personal and professional satisfaction in the following happy-ever-afters from his Love U program.

Already got a man, but not sure if he’s the man you’re supposed to spend the rest of your life with?

That was Karin’s dilemma for the longest time. Though she already got a man she felt secure and safe with, it took her a while to come to terms with it.

At first, Karin failed to see the greatness in her future husband. She remembered how disappointed she was that he didn’t drive a Tesla car or own a Fortune 500 company.

But with the help of coach Evan, she realized she needed to open her heart and mind to precious lessons she failed to comprehend before. Sure, her husband wasn’t perfect, but he gave her absolute confidence and loyalty. It was something only a few men could do.

And once Karin realized that she knew she was living the life she wanted. Her partner was everything she needed all along.

She found happiness in her man with the help of coach Evan. These lessons allowed her to fully accept her partner and live the best marriage experience possible.

Not sure if using dating apps online can give you the man of your dreams? Well, take inspiration from Diana’s love life.

Diana met the love of her life through an online dating site. But it wasn’t a pretty love story in the beginning. Their online dates—including their first date—were lackluster.

She remembered how her anxiety and doubt would cloud her judgment when they were still going out. She had this belief that a woman like her could not possibly experience a happy relationship with a great guy.

But thanks to Evan’s advice, she realized that her partner was the best man for her. After all, he could have left her already during those times when she was in doubt, but he didn’t.

They eventually married, and she didn’t regret her decision one bit.

Carla got herself an amazing husband after going only on four dates with guys she met on online dating sites. And it’s all thanks to Coach Evan’s relationship coaching.

She found her man by applying everything she had learned and understood from coach Evan through his book and emails. Because of these, Carla expanded her knowledge about men and dating in general. She even recommended his books and services to about 50 women seeking love!

And as a happily married woman, Carla now knows the reality of unconditional love and a lasting relationship through marriage.

4. From Serial Dating to Finding the One

Before meeting coach Evan, Shannon was already used to all the guys who would give their best to get her attention. As a serial dater, her beliefs about marriage and relationships were bound to leave her single for the rest of her life.

But all that changed when she got Coach Evan as her smart personal trainer for dating.  She was able to shake off her old beliefs as she learned the most important thing in a relationship: the three C’s of chemistry, character, and compatibility.

And now, Shannon is one of the women who found the right partner through Evan Marc Katz.

What do you think of these Internet dating stories?

Based on the success story of his satisfied clients, Katz proved that he’s one of the best dating coaches out there.

What makes Katz a unique coach for smart, strong, successful women is his strong desire towards helping singles find love and make informed choices about their relationships.

And just for that, he is a much better dating coach than 99% of coaches you’ll find out there all saying the same things. 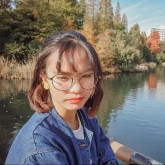 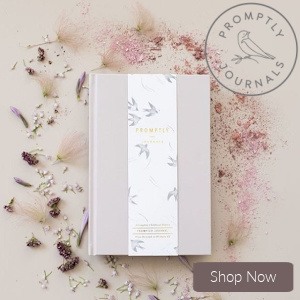 Looking for an adventure? I love to spice up my

What matters to you most? ☺

Fall has always been my favorite season 💕 And